In 2011 my wife and I moved from northern New Jersey to Tucson, Arizona. We both had been wanting to move to the southwest for a long time, and by then both of our grown children had either moved or were planning to move out west. Also, by then we had no further family responsibilities back east, and a favorable change in NY-AZ state bar reciprocity convinced my wife that the Universe was telling us it was a good time to make the move! 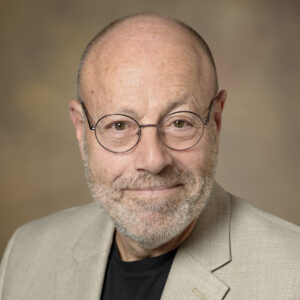 My plan was to start a new private psychotherapy and consulting practice—once you’ve established one, you kind of know how to do it. While that was happening, however, I needed to have a steady base income and health insurance, so I took a position as a psychologist with the AZ Department of Corrections at the local State prison complex–certainly a new setting for me, but not exactly new work. The majority of prisoners whom I actually saw in treatment were incarcerated in large part due to untreated or poorly-treated serious mental illnesses (SMI), and they really appreciated being treated humanely. The work was rewarding, but the setting became untenable when Arizona privatized its prison health system and the contractor placed productivity—and profits–above service.

Fortunately, there was a program housed within the Department of Family and Community Medicine at the College of Medicine at the University of Arizona which at the time was looking for a half-time community and clinical psychologist who was ideologically rooted in psychiatric rehabilitation and the mental-health recovery paradigm, and who was not afraid to supervise and work collegially with “peers.” In the mental health community, that term of course refers to people with lived experience themselves of SMI and addiction, a rapidly growing and increasingly professional segment of the workforce, especially in public mental health systems. Much has been written about what is now generally called peer support, and because of my early involvement in the consumer movement (see “A Tale of Two Paradigms”), my familiarity with the mutual-help paradigm, and my related involvement on the Boards of two national organizations which addressed both psychiatric rehabilitation (PRA) and peer support (iNAPS), I was deemed a good fit for the position, and was hired in 2013.

I am still half-time Clinical Director of the UA RISE Health and Wellness Center, also known as Camp Wellness, a 2016 SAMHSA award-winning adult education program which utilizes peers to teach people with serious mental illness how to take better care of themselves. Our purpose is to help reduce the 25-year disparity in life expectancy (32 years in Arizona) between people with SMI and the general population.

The University was also a new work setting for me, and I soon discovered an interesting aspect of academic employment: once people get to know you, there is a possibility that you will be invited to get involved in additional work. That is exactly what happened, and within a year I joined the core faculty at the Family Medicine Residency at South Campus, supervising 1st, 2nd, and 3rd year family-medicine residents in their communication with patients and their attunement to mental health issues which so often are part of the clinical picture. I also facilitated the Residency Support Services group for 1st year residents, and began contributing behavioral health lectures during Teaching Day. My role continued to grow, and eventually I was asked to serve on the Clinical Competency Committee and to join in the annual process of interviewing and rating potential applicants to the program. In 2017 I was formally appointed Clinical Professor in the Department of Family and Community Medicine, and in that role I began to participate in departmental research and team-building. Most recently I served on the Search Committee for the newly-created departmental position of Vice Chair for Community Engagement, definitely a new experience for me, but confirmation that life-long learning is alive and well if one is open to it.

I have maintained a small private psychotherapy practice here in Tucson, limiting its size due to time constraints imposed on me by my work at the University and my involvement on several state-wide and national governing boards, such as the Advisory Council of Arizona’s Office of Individual and Family Affairs, the Governing Committee of the Arizona Peer and Family Career Academy, and the Executive Committee of the Southern Arizona Psychological Association. I’m extremely proud to say that the latter named me as winner in 2017 of its Peter Attarian Award, a totally unexpected affirmation of how much I have settled in to the community here, and apparently made a contribution to it.

When friends originally heard that we were moving to Arizona, many wondered if that meant we were heading towards retirement. That is about as far from the truth as Arizona is from New Jersey. Although I hadn’t technically been an “employee” of anyone except myself for over 25 years before moving here, I found the mixture of self- and University employment—private and public sector work, actually–to be both grounding and enriching. It also has helped me maintain a balanced perspective around mental health services and health care in general, and in fact has given me a front row seat in the theater of today’s rapidly-evolving health care industry as it moves increasingly towards integration of physical and mental health services.

And to be honest, I am probably busier and more challenged to learn and grow than at almost any other time in my professional life: the Universe—and my wise and wonderful wife—were right!